What is Congestion Pricing?

Congestion pricing – sometimes called value pricing – is a way of harnessing the power of the market to reduce the waste associated with traffic congestion. Congestion pricing works by shifting some rush hour highway travel to other transportation modes or to off-peak periods, taking advantage of the fact that the majority of rush hour drivers on a typical urban highway are not commuters. By removing a fraction (even as small as 5 percent) of the vehicles from a congested roadway, pricing enables the system to flow much more efficiently, allowing more cars to move through the same physical space. Similar variable charges have been successfully utilized in other industries – for example, airline tickets, cell phone rates, and electricity rates. There is a consensus among economists that congestion pricing represents the single most viable and sustainable approach to reducing traffic congestion. (FHWA) 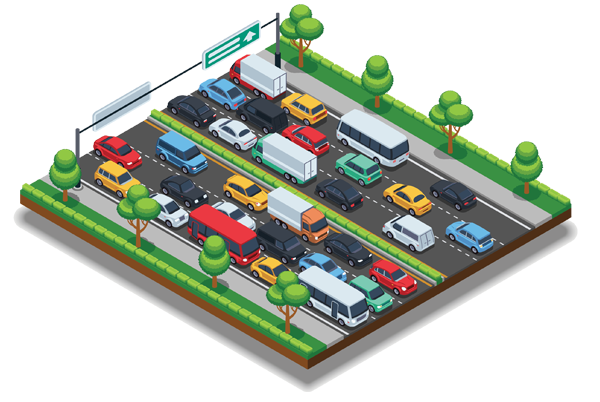